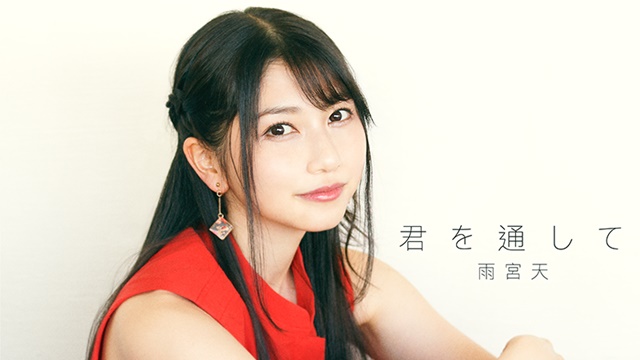 Soon after the broadcast of the final 12th episode of the TV anime Rent-A-Girlfriend in Japan last night, it was announced that “Kimi wo Tousite” (Through You), the episode’s insert song performed by Sora Amamiya, will be digitally released on major platforms, such as Apple Music, iTunes Store, and LINE MUSIC, tomorrow, September 27. It will be releases as her first digital single.

She has played the anime’s main heroine Chizuru Mizuhara and is expected to reprise the role in the upcoming second season. The heartwarming tune is written by Yamashi and written/composed by Maro Miyakawa, who is known for his works for GANJIN, Nina Pelea, and M!LK. Miyakawa wrote on Twitter after the broadcast of the 12th episode, “I’m glad it was used in a beautiful scene.”

Amamiya also sang “DATE,” a character song for her character Chizuru that will be included in a bonus CD for the anime’s Blu-ray first volume to be released in Japan on October 28, 2020.

“Confession and Girlfriend,” the 12th episode of the TV anime adaptation of Reiji Miyajima’s romantic comedy manga Rent-A-Girlfriend was aired in Japan last night, along with the announcement for its next second season. The final episode is now available to the Crunchyroll Premium members in North America, Central America, South America, Europe, Africa, Oceania, the Middle East, and CIS.

Fingers Crossed! QAnon Faithful Await the Return of JFK Jr. on the Grassy Knoll in Dallas